The Moral of Mystic River

Jimmy Markum (Sean Penn) speaks these words as he waits for the justification he needs before killing Dave Boyle (Tim Robbins) in the 2003 movie Mystic River. Dave is bullied into giving Jimmy the closure he needs to deal with the death of his own teenage daughter. If you have not seen the movie read no further: Spoiler Alert! Dave dies, and shocker… he didn’t do it, and his reward for fessing up to crime he didn’t commit is his body gets dumped in the Mystic River.

In this case it’s not about getting to the truth. It’s about the need to be right at that moment so that feelings can be placed at ease. In most disputes the truth is muddled by our own interpretation of events, our own insecurities, or logical point of view. But what can’t be disputed are facts. In Mystic River, Dave was dealing in fact. Jimmy was dealing in emotion. Dave didn’t kill Jimmy’s daughter, and Jimmy finds out too late and since he was hunger for closure he acted in haste.

I hope my children understand this very key point so that when they are on the playground, or as adults they can always deal in fact. I don’t want their own interpretation altering the truth just to justify their position. Nor do I want them to wrongfully own up to something they didn’t do just because of pressure by another. Remember, facts can’t be disputed. Any good lawyer knows this.

The moral? Stand up for yourself and deal in fact. That way nobody gets wrongfully dumped in the river. 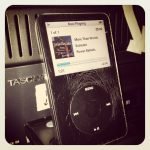 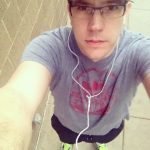