That Time I Almost Died on Vacation 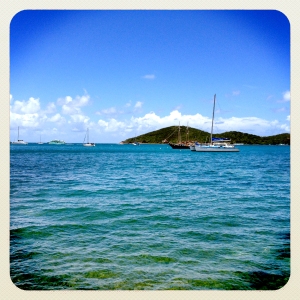 That time I thought I was going to die on vacation. That’s the theme of this post, and the fact that you are reading his implies that I in fact… have not died. Which is good.

Allow me to explain: Our second stop on our cruise was to the island of St. Thomas. It’s a cool place. Well, not literally, it was actually very hot there, but what makes it cool is the clear blue water in the harbor, the quaint downtown and the beautiful homes and buildings built into the side of the hills. Everywhere you look it’s a postcard worthy to send Mom. In St. Thomas there’s plenty to see and do, but I really wanted to explore, and the 2-mile jog around the harbor didn’t seem to be enough. I really wanted to see/do a non-touristy thing. The shops are littered with trinkets and shirts that are commonplace with every resort gift shop. But what I wanted to experience was something different. Something local. I decided a hike up the side of the mountain was the thing to do. 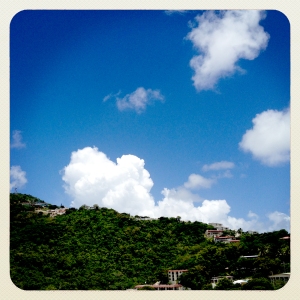 I got off the ship and started to walk. Past the gift shops, bars, and tattoo parlors. Past the business, restaurants and outdoor eateries. I broke the plane that separates the touristy section and local section. That imaginary line that most people don’t come near. I started to walk along the side of the road up the hill that eventually led up to the lookout at the top. I knew I was not going to make it that far but I figured I walk for as long as I could. I brought my sketchbook in the off-chance I would get to sketch the boat from a high vantage.

It became pretty clear as the road narrowed to no shoulder on either side that my decision may not have been the best one but I forged on anyway hoping that my walk would wield a hidden treasure that would outlast any t-shirt of trinket sold at the gift shops.

Up I went. Cars flying by me, and it was hot. 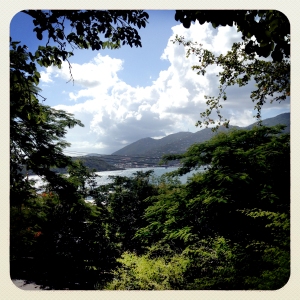 I walked for about 20 minutes up the hill admiring the architecture of the buildings the slopes of the driveways, the vegetation. And came across a clearing that opened up into a driveway of a local home. Coming down the street about 200 feet away I spotted a man walking toward me. A local. I would actually bet he was homeless. He wore dirty loose fitting clothes. He was talking to himself. Had a single bag draped over his right shoulder. Dreadlocks. And a large machete in his left hand.

Let me restate that: And a large machete in his left hand.

At that moment I realized I should not be where I was.

I was on his turf.

I don’t have water.

Nobody else other than Machete man is around.

Cars are speeding me by on a shoulderless road. 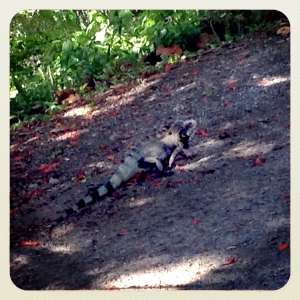 I quickly turned up the gravel driveway of the home and figured I would circle back down the other way to stay clear of the Machete Man, but I was greeted by a very large iguana in the middle of the driveway. He had other plans. Those plans did not involve letting me pass. If looks could talk this iguana was saying “Me move? Fuck you city boy this is my driveway.”

By now the machete man stopped at the base of the driveway I was on and placed his bag on the ledge of the stone barrier at thus cutting off my ability to return the way I came. So I was trapped. Iguana on one side. Machete Man on the other. The only option I had was to go further up the hill, further away from the one place I needed to be. The boat. My family. My future. I thought this is how it’s going down for me. Hacked by a machete and fed to an iguana while the man runs off with my good running shoes and sketch book. While trying to process my options and impending doom Machete Man calls for me. I try my hardest to pretend that I didn’t hear him and that I am actually interested in what the iguana is doing. Hoping the iguana moves out of the way or that it buys me enough time to have the Machete Man move on. I’m taking the Iguana’s picture, while trying to process my next move to try to get back to the boat. Machete Man takes out a coconut from his bag and proceeds to use his machete to hack the coconut on the stone barrier at the base of the driveway. He calls for me again. Now I know I shouldn’t jump to conclusions. He may have been a very nice fellow. He maybe was going to share his coconut. Maybe offer me water or directions, but I couldn’t risk it. Not now, not here.

He continues to hack away at the coconut and I figure that’s my cue. I decided to walk further up the hill about 100 feet. I then crossed the street and came down the other side. While Machete Man was turned he other way eating his coconut I slipped by. I walked about 300 feet, recrossed the street and jogged back to the touristy area of St. Thomas. Past the gift shops, bars, and tattoo parlors. Past the business, restaurants and outdoor eateries. Back on the correct side of the unwritten line of the touristy and local section of St. Thomas. I am fairly certain the sweat I had accumulated was a direct result of fear and not running in the St. Thomas sun and heat.

In the end it turned out okay, but really it was a “don’t think, and do something really stupid moment” for me. I was very glad to be back on the boat in one piece. 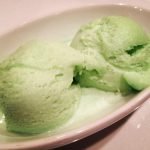 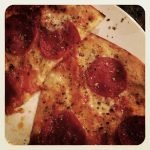