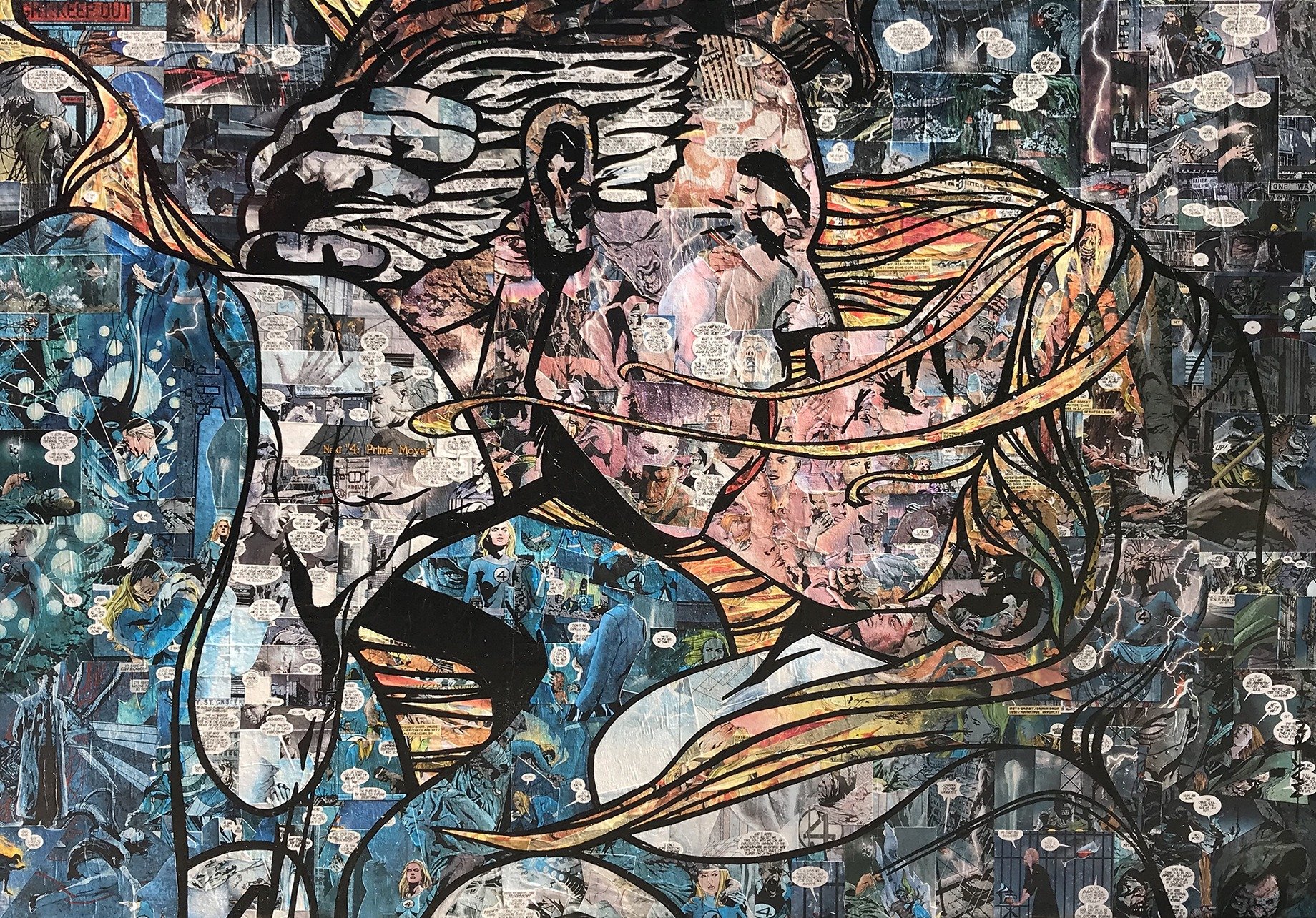 This kiss is comprised of only the Marvel Knights, Fantastic Four: 1234, four-issue miniseries featuring the Reed Richards, aka Mr. Fantastic and Sue Storm, aka the Invisible Woman, of the Fantastic Four, Dr Doom and Namor. The image area is 42”x30” and the custom black floating frame increases the overall dimension to 46”x 34”.

No additional comics from other titles were used. 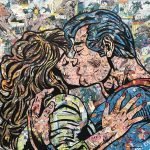