Play Defense. That’s what Mike May told me in Memphis, Tennessee minutes before going in to meet my client for the first time. (The picture on the left is from one of our trips, drawn in December of 1999. Mike was a few rows ahead of me.) His philosophy was clear. Don’t open your mouth and say something stupid that you will be remembered for the duration of you tenure. He said “Just listen the first time. Take mental notes. Resist the urge to comment or make suggestions. Let them come away with the notion of ‘Hey, Joe’s a good guy, I like him’, in the long run they will trust you more when you do make strategic suggestions. Then you can sell more creative and have some fun, and this job will be much easier.”

So that’s what I did. Some of my fondest advertising memories came from those monthly trips to Memphis, talking to guys like Crutchfield, Frank Black, and Randy. Mike’s play defense strategy worked like a charm. It was the one piece of advice I took with me. And he was right, The job got much easier. What Mike failed to tell me was when to turn this little gem of advice on and off. Guess that was for me to figure out on my own. There were times this year where I used it a little more than I should have, and at times I did not employ it enough.

Over the last four months I have played defense a lot more. I have been in several situations where I remained quiet, and unfortunately my silence translated into outcomes that were different than the ones I was screaming in my head. And for the record screaming in my own head, answering questions or responding to statements between my own eardrums is very unproductive, and give the person, client, friend or family member I am with a big zero. I need to think back to why Mike told me those words many years ago, and try to understand that what he was really trying to tell me. What he really meant was “First impressions are everything. Listen first. Take mental notes next, and respond with informed answers last, so that you can do what is in the best interest of the client. After you do that feel free to speak your mind with confidence and as often as you’d like.”

I feel like I at times have let some people down as a result of playing defense over these last four months, Julie included. So if I am quiet when I am with you, punch me in the shoulder. Remind me that I should no longer play defense as much and just speak my mind with confidence. 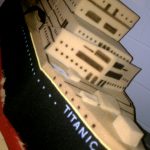